The demand for IT contractors seemed to be making a resurgence month on month after the initial drop during June, but the growth has slowly started to level from October. 2016 ended with an index of 56.3 and although it does not match the demand scores of 2016’s first quarter, it is returning to previous strength. 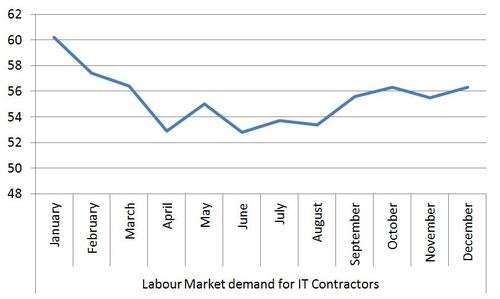 It should also be noted that the entirety of 2016 saw a growth in demand for IT contractors ( a score of 50 shows growth from previous months. The past trends could be an insight of what to expect in 2017, especially with companies demanding Java, .Net, DevOps, Testing and Security skills that they could not fill with permanent placements. 2017 could potentially see increased demand for contractors to fill those positions.