Big Data, an enormous treasure trove of information that reveals patterns, trends and associations that the IT sector is seeing the importance of and embracing. IT recruitment has seen an exponential rise for this skill from November 2014. Big Data vacancies are growing alongside the increase in IT vacancies but from June 2015 the vacancies for Big Data roles sky rocketed and continued to be in high demand then all technology vacancies. 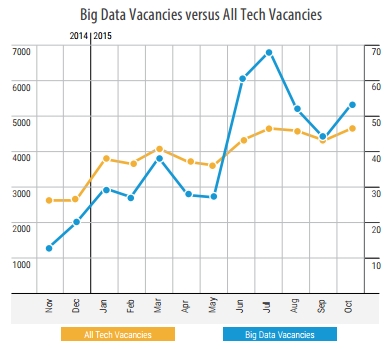 Along with the rise in demand, the salaries for Big Data roles have also seen an increase over the last year. In 2015, Big Data job roles saw an increase in salary of 7%, a higher change compared to other areas of IT and all other salaries. 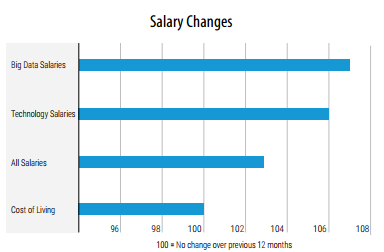 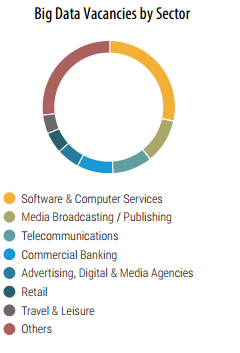 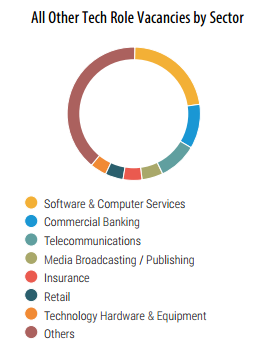 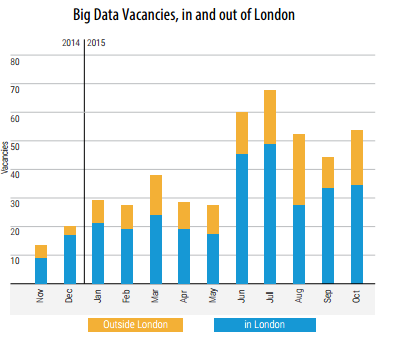 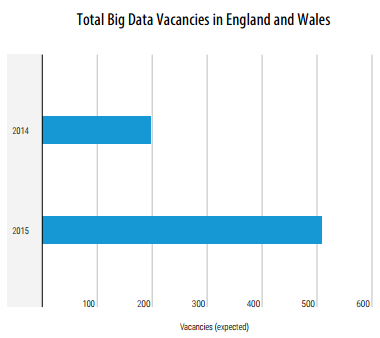