Let’s be honest, ‘Career Planning’ isn’t a term often heard within BA circles. It could even be said that many of today’s leading practitioners drifted into the role. Some may have been press-ganged into a BA position following some minor involvement in a change project, others, at a career loose end, might have held a vague notion that business analysis was something for them and signed the pledge card. Certainly very few of today’s BAs would have started their working lives with the firm intention of becoming one…

However, there is recent evidence to suggest that Business Analyst is now becoming a job title of choice rather than convenience.

Over the last five years, we have seen a more well-defined and progressive career path emerging for BAs. The role is certainly more widely recognised now and for many organisations, BAs are firmly embedded in the fabric of change.

For many talented individuals, the role will have a broad appeal with the promise of a career less ordinary. A licence to investigate problems, think creatively around solutions and help organisations do the right things might sound too good to be true.

Many larger BA practices now have a formalised BA job family in place. A typical BA job family might include an entry level role and extend to a dedicated and full-time Head of Practice role. Many practitioners will take solace from the fact that a business analysis role finds a home within SFIA, providing a universally available framework for BA skills management and resource planning.

The prevalence of the BA Manager or practice lead role is a relatively new phenomenon and a useful measure of an organisation’s intentions around developing BA capability. It is now unusual to find an organisation investing in substantial change that doesn’t have a BA practice leader.

Worth noting is that the first BA Manager Forum held in 2008 attracted 10 attendees whilst in 2016 150 practice leads gathered to swap notes on best practice. There are now simply far more practice lead roles in existence and this is a significant investment for most organisations. A BA in possession of management skills, combined with a broad knowledge of what makes an organisation tick and a practical understanding of stakeholder engagement, has the right attributes to progress to more senior roles. More on this later in the article.

The diversity of make-up of practitioner roles makes it impossible to capture every nuance of this role in one article. There are no right and wrongs as organisations shape BA roles to suit their needs. We should, however, note the emergence of the principal BA, business partner or consulting level BA role. This level of the role is in response to the change director view that senior BAs should not ‘run out of road’, with the expectation that they engage early in the change lifecycle and take an enterprise view. This is quite a responsibility for BAs to shoulder. Looking at the responsibilities held and skills often used at this level, reveals a role with surprising scope and authority. A role profile at this level might include: 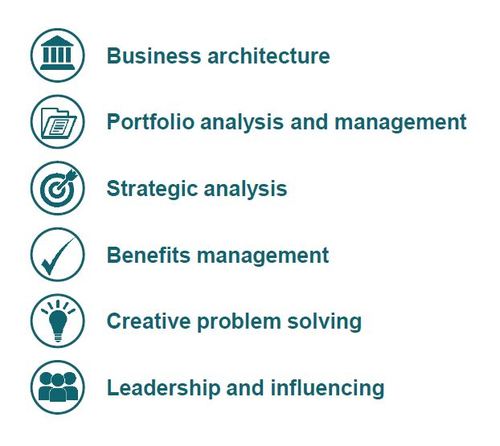 Increased scope and authority in the role is in fact reflected at every stage of an emerging career path. Whilst there isn’t a ‘one size fits all’ job family, there are typically four levels of skills and aptitude. The AssistKD career planning tool is a useful start point for anyone wanting to benchmark roles, responsibilities, skills, certification and SFIA definitions. You can request access to the planner via the AssistKD website.*1 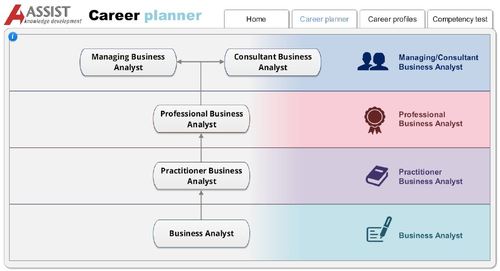 Certification is an important part of any developing profession. A high percentage of BAs hold at least one BCS Diploma certificate (some 70,000 at the last count). Importantly business analysis certification now better supports progression in the role. Business Architecture, Data Analysis, Team Leadership and Benefits Realisation are just some of the modules available under the recently launched Advanced Diploma scheme. *2

At the entry level, work continues to develop the BA apprenticeship scheme, with the hope that this is formalised before the end of 2016. Around 30 organisations have shown interest in this scheme with ten acting as first-line supporters.

Beyond a career in business analysis, the role can then provide a strong platform for reaching the organisational stratosphere. For anyone in any doubt, one FTSE 250 investment company has proved this to startling effect. From an original team of four BAs from four years ago, one is now Head of Product Development, one is the Commercial Director, one is an IT Director in an overseas office, and one remains the Head of BA – extraordinary progress for a small team.

Look through the LinkedIn profiles of one-time BA practitioners and you begin to see the range of doors opened through the development of BA and BA management skills. Below are a selection of titles taken from a ten-minute sweep through a selection of BA acquaintances on LinkedIn. 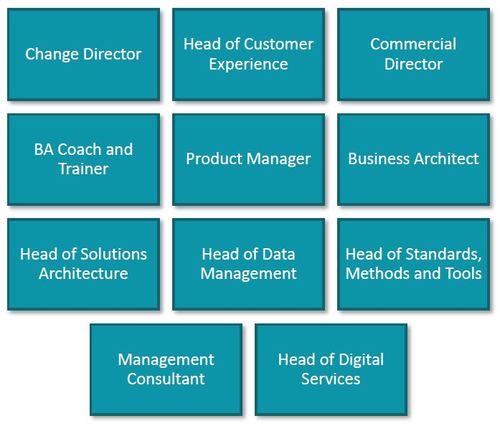 With these many different opportunities emerging, it’s an exciting time for all BAs and is sure to lead to many more making business analysis their career of choice rather than of convenience.

This post is an extract from Certes' Business Analysis publication.To receive more up-to-date, relevant information affecting the Business Analysis and Business Change community direct to your desktop, sign up to Analysts Anonymous. Registration is free.

This website uses cookies to improve your experience while you navigate through the website. Out of these, the cookies that are categorized as necessary are stored on your browser as they are essential for the working of basic functionalities of the website. We also use third-party cookies that help us analyze and understand how you use this website. These cookies will be stored in your browser only with your consent. You also have the option to opt-out of these cookies. But opting out of some of these cookies may affect your browsing experience.
Necessary Always Enabled

Performance cookies are used to understand and analyze the key performance indexes of the website which helps in delivering a better user experience for the visitors.

Analytical cookies are used to understand how visitors interact with the website. These cookies help provide information on metrics the number of visitors, bounce rate, traffic source, etc.

Advertisement cookies are used to provide visitors with relevant ads and marketing campaigns. These cookies track visitors across websites and collect information to provide customized ads.

Other uncategorized cookies are those that are being analyzed and have not been classified into a category as yet.