Month-on-month there has been improvements to the demand for IT contractors. October’s results are no different with an index score of 56.3 (score over 50 shows growth over the previous month). Although it still hasn’t reached the heights it once was in January (60.2), it is showing significant recovery and catching up to March results (56.4). To date, this is the highest the demand for IT Contractors has been for 7 months and the highest it has been since Brexit. 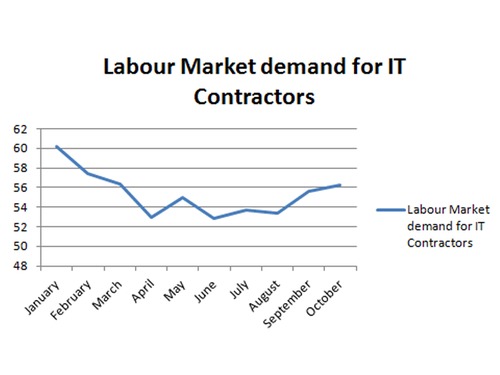 It’s also important to point out that it’s not only Contractors that are showing growth in demand. “Demand rose for all permanent staff categories during October, but in varying degrees. Engineering maintained its top spot in the table, followed by IT & Computing”.

“Despite ongoing uncertainty, the UK jobs market is thriving again in most areas of the UK. Job Vacancies are back to levels not seen since April, and for the third consecutive month recruiters have reported an increase in the amount of people finding permanent jobs”