Improvements in IT contract demand

The last couple of months has been full of uncertainty. After the results of the EU referendum, no one knew how this would affect the IT job market. There have been speculation that it would have a negative effect on permanent demand as “employing contractors [may be] more favourable over permanent staff” as employers would not be in a long term relationship with the employee and depending on the outcome, changes can be made with little to no disruption.

REC’s chief executive Kevin Green says “Businesses are highly cautious about committing to new hires. Economic turbulence following the vote to leave the EU is undoubtedly the root cause...[and] we’re now seeing the added problem of individuals deciding to stay put rather than change jobs in the current environment.” 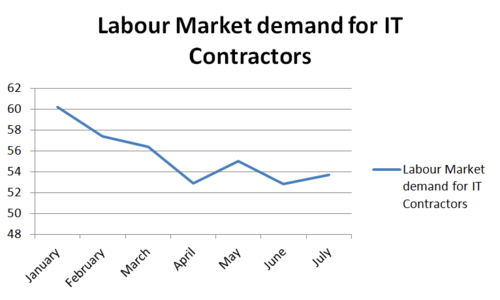 With the decision of Brexit made, we can see that the effects are showing. June saw a slowdown in demand with an index score of 52.8 (score over 50 shows growth over the previous month) compared to May’s 55.0. July sees some improvement and could quell any particular fears that many may have had prior to June’s referendum decision.