IT Contracting highest it has been since Brexit vote

Demand for IT contractors has seen a change of direction in the last few months with demand slowly improving month-on-month, despite a small dip in August.

September’s index is the highest the demand has been since the Brexit decision in June with 55.6. Although it isn’t where it was at the beginning of the year where demand sat at 60.2, it is clear that IT contractor demand is regaining steam. 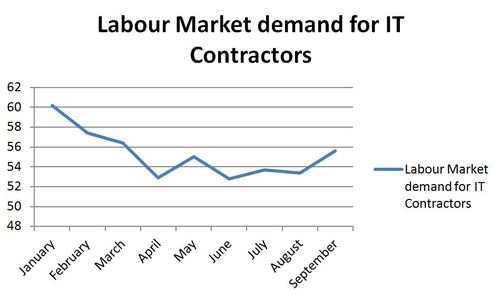 Although August did see a minor fall in demand compared to July with August seeing an index score of 53.4 against Julys 53.7, this hasn’t hindered the growth of demand. As the uncertainty of Brexit wanes down, employers are becoming more confident in employing for temporary positions. Tom Hadley, REC’s Director of Policy explains that this is “further evidence that UK employers have shrugged off the initial shock of the referendum result,”.