Microsoft skills are in demand

SQL skills for both contract and permanent have drop considerably and have both been replaced with Microsoft. Both also see a rise in popularity in HTML . In contract, Java and JavaScript have decreased in demand, but permanent sees CSS and ASP.NET taking the place of C# and SQL Server respectively.

Not much has changed for sectors with the highest demand as Banking and Retail remain unchanged. However E-commerce for both sectors has been overtaken by Telecoms for Contract and marketing for permanent. 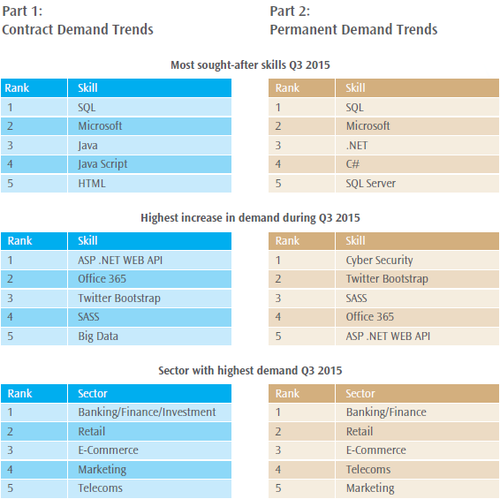 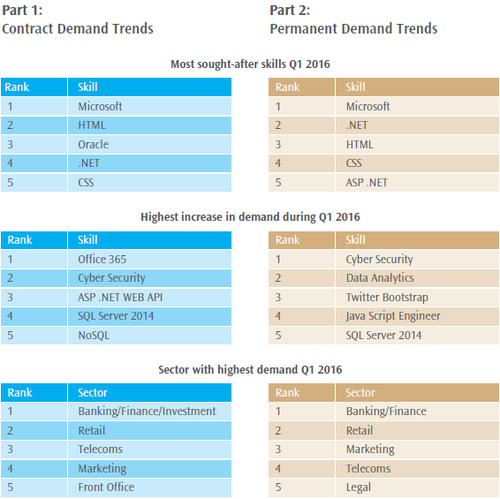