What skills are in demand in Q2?

According to Certes 4Sight review, the demands for skills have changed slightly for both contract and permanent IT employment.

For contract, the demand for Web Services and HTLM5 skills have increased and have pushed Oracle out of the top five demanded skills

For Permanent, jQuery has entered in the top five demanding skills list taking the place of Microsoft.

Surprising the skills with the highest demand increase is windows 10. This demand could be down to a couple of reasons such as companies using Microsoft’s latest operating system or that Windows 10 has now integrated the use of the Bash command-line shell that can enable users to Linux based command lines. 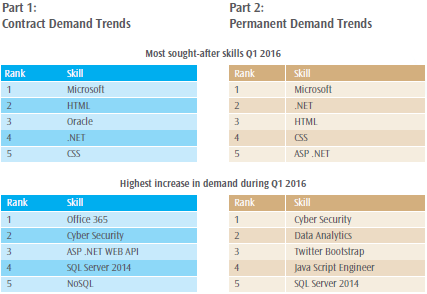 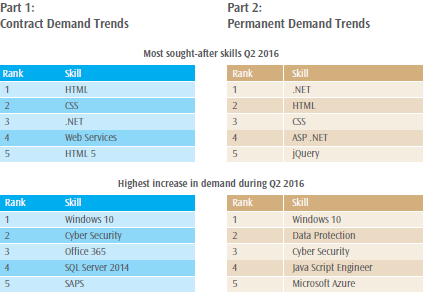